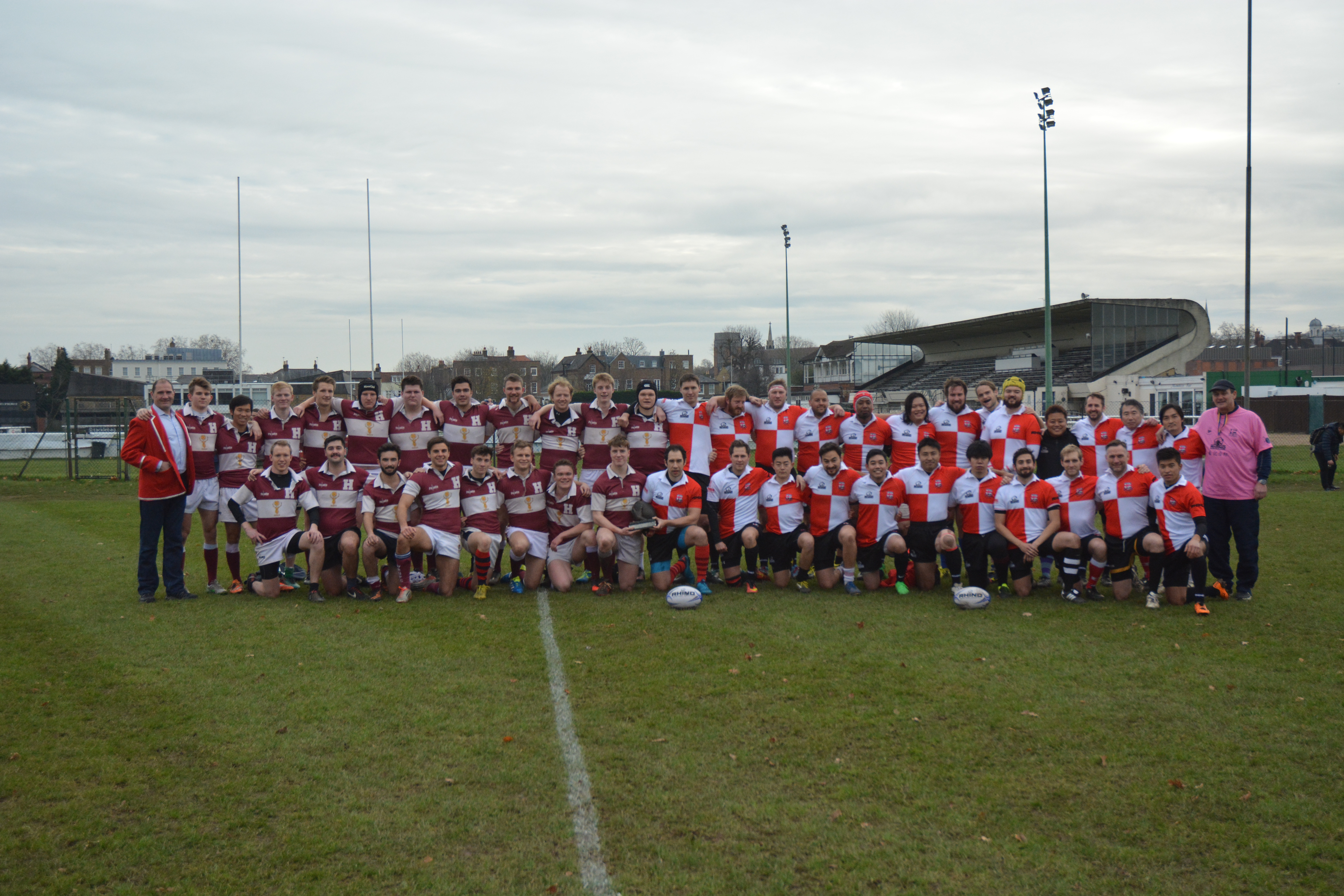 In November 2005 London Japanese RFC and Kew Occasionals RFC decided to dedicate their regular annual fixture to the memory of Ambassador Katsuhiko Oku, who had been a member of both clubs, two years after his tragic death in Iraq.

Katsuhiko Oku, played as an undergraduate for Waseda and came to Hertford College, at the University of Oxford, in 1981. He subsequently went on to be the first Japanese national to play for the Blues XV and became a member of the Vincent’s Club, the prestigious University sportsmans club.

During a diplomatic career which took him to postings in Tehran, Washington and London, he worked tirelessly to promote Japanese rugby on the international stage.

In 2005 His Excellency Ambassador Yoshiji Nogami presented the trophy for the first Oku Trophy to the winners Kew Occasionals. Many years on from that event, the Oku Memorial Trophy rugby games have become a big fixture in our rugby calendars.

A copy of the programme can be found here: